Beauty Queen and Top 1 Military Reservist Winwyn Marquez,a Teacher That Is to Happen Yet 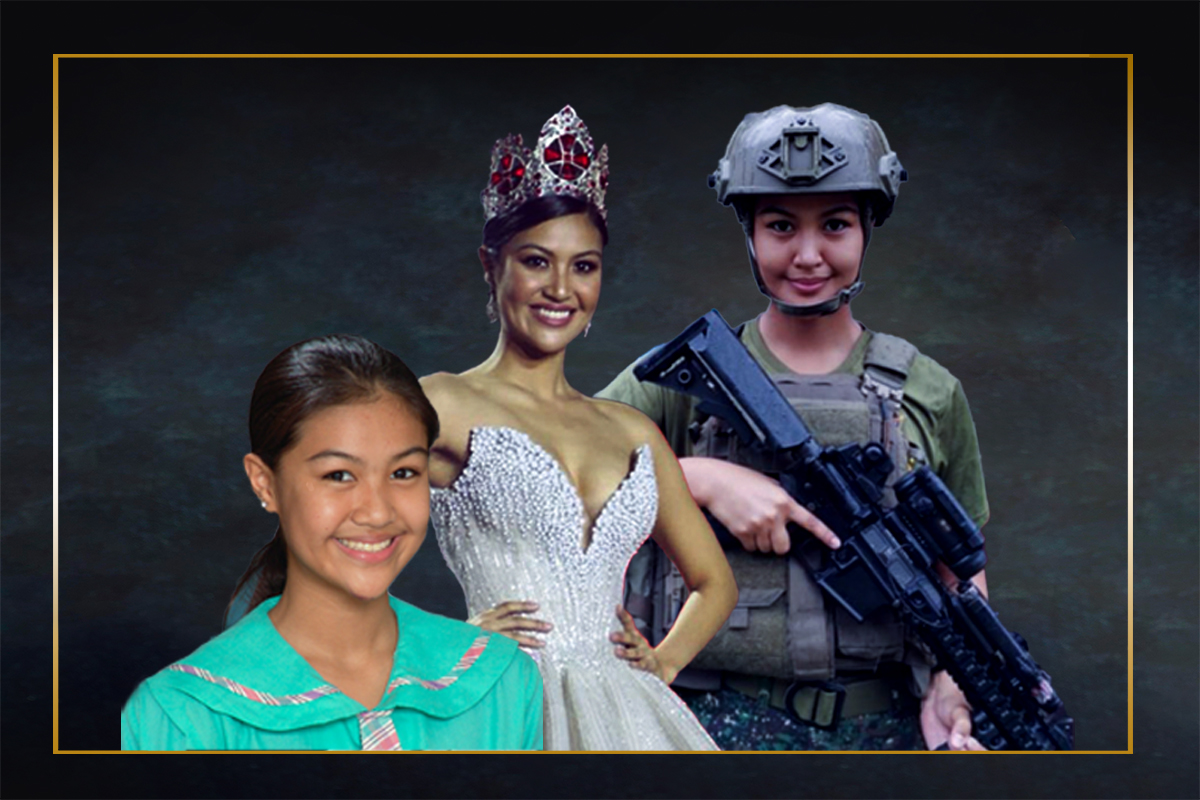 Language can be learned but will and determination cannot. It has to come from the heart. It has to be natural.

The world was all ears to Teresita Senn “Winwyn” Marquez at the 2017 Reina HispanoAmericana Coronation Night. For a woman who wears many hats, dubbed as multi-achiever, and consistently reaching the top rank in various fields, let’s get to know this homegrown Southville alumna.

“Determination has to be natural,” indeed, for Winwyn who is determined to explore her opportunities be it for personal and professional growth. Having joined Southville International School and Colleges (SISC) at the age of five, she has grown as globally competent as her alma mater is today. She grew up at the time Southville was young yet fiercely navigating its way to the global scene as a top international school. With the environment Winwyn grew up in, she was unstoppable as a familiar face in most school activities and gatherings. “I would say that I just really loved joining Southville activities which were my foundation for becoming  a well-adjusted person and developing an interest to put myself out there and discover my purpose in life,” Winwyn shared in an interview.

Among those activities, Winwyn fell in love with SPORTS the most and worked on her physical wellness as she grew older. She learned in her early years the significance of “play” for a developing child and the values she would bring later on in her life. This MILO awardee also shared, “I’m the type who keeps moving,” more so, the type who keeps moving up the ladder of success.

Winwyn further explored at some point and braved unfamiliar towns, borders, and countries which all turned her into a perfectly shaped woman at full length. Yet in the hindsight of a peculiar success not just being recognized but being THE BEST in most competitions she joined, Winwyn’s heart has always belonged to Southville. “No matter where I go, I would always go back to Southville. I don’t know why but it always feels like HOME,” she concurred.

Going back to Southville to attain further studies, Winwyn had one single mission eyed on, “I wanted to be a preschool teacher so I decided to enroll for the Teacher Certificate Program (TCP).” She would openly accept every opportunity to spend time with young minds seated on the floor, meeting them eye to eye. Every opportunity for her to tell them about the little big world they could hardly grasp in their hands was the affirmation of another calling Winwyn wanted to commit herself into. In fact, Winwyn would find time to join Southville’s storytelling sessions with both its students and those students from the adopted schools through Southville’s Adopt a Poor Urban Child Program.

By this time, Winwyn felt the demands of her various interests competing with each other from being a student, an actress, a teacher, and a beauty queen. Winwyn had to choose and started making the hardest decisions in her life.

“That time I was scheduled to take the Licensure Examination for Teachers, was the time I had to represent the Philippines to a pageant abroad. I waited long enough to get my hands on those papers but also, the Philippine crown must win. It was a wake up call up to this time why I cannot settle with teaching just yet as my life has always been redirected to another purpose — because when you decide to become a teacher, you must fully commit yourself to it and though my heart longs for it, I just couldn’t…yet.”

Fast forward to year 2020; new year, new set of goals. Yet the beginning of the pandemic brought her to a full stop that she could never figure out to be temporary or lifelong. Yet again, Winwyn seemed to be constantly challenged at a greater level, an unfamiliar path that her heart simply followed, beating life’s turns and hitches. With an innate heart for service, a new venture awaited with the Philippine Marine – shimmers off, gears on! Back on the headlines later this year was Southville’s pride, TOP 1 Cadet, Teresita Senn “Winwyn” Marquez! Winwyn topped the Basic Citizen Military Course (BCMC) under the Philippine Navy.

It started from a donation drive she and her sister spearheaded which led her to officially become a military reservist. From pageants that introduced her to the world’s brightest women including herself, her journey with both gender to Ph Marines kept her grounded. “The entire training was all for our respective weaknesses and strengths to be celebrated. There was no special treatment. Both genders are respected. No one needed to win a certain price. I salute my classmates for their hard work. I’d like to believe that we are all number one,” Winwyn shared. However her life shifted from one field to another, she would always thrive. Winwyn has defined success and communicated the wisdom of her mind and the desire of her heart in various languages. This beauty queen, renowned actress, military reservist, and Southville alumna is a TEACHER that is to happen yet. As to when she would finally “settle” and fully commit to teaching preschoolers, Winwyn said, “When the time is right, you’ll know. For now, I still have a lot to learn. When one is redirected, it is always for the better. And a better me is what my future students deserve.”