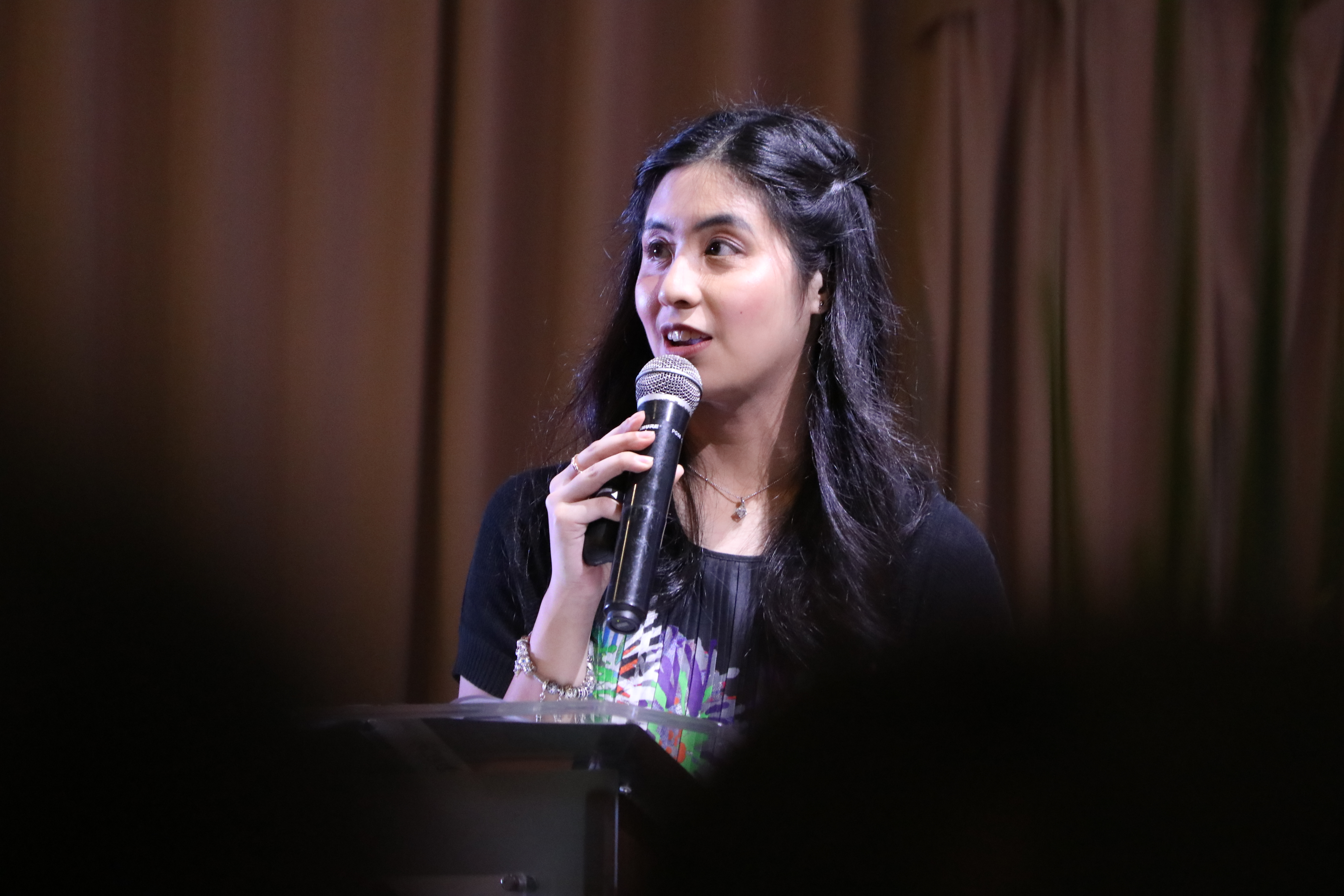 CHARACTER complements COMPETENCE. These are two of Southville’s 5Cs embodied by its students both in their academic and personal endeavors. In an international school which diverse environment plays a big role in a student’s competitive mindset, it is a test of character that will help measure one’s holistic potential.

During the recognition day of SISC High School Division, homegrown Monarch and guest speaker Patricia Bata gratefully reminisced her competitive high school life and how it’s underlying challenges shaped her as a person. She was part of both the academic and sports varsity, member of the student council, and one of the school’s ambassadors. “ I always wanted to excel in everything I had to do. But sometimes with that mindset comes a competitive nature…”, she said in an interview. The more competent she became, the more setbacks she had to handle; and apparently handled very well. Having gone through a series of frustrating events in her life – grades which dropped dramatically, a conditional failure in her Math class, and missing a latin honor, Patricia had a hard time accepting the “limit” of her then capabilities. Eventually she learned to work on the character that will match her competitive nature by not only keeping herself GOING but also keeping herself GROUNDED. She considers herself as an overachiever who gradually aligned such promising traits that would complement her intellectual stamina.

“Growth mindset isn’t just forcing yourself to be good at something. It’s learning to bounce back. It’s adapting to your challenges and your failures. We are all that object at rest when we hit a roadblock. It’s human nature to stop and doubt ourselves when we fail. But grit is constantly keeping in mind that you’re not meant to stop. You’re meant to keep going so find your ways to keep yourself going.“

A competitive yet grounded person indeed, with a well-rounded purpose in life, Patrica Bata further blossomed with both academic competence and social purpose. She became an active advocate of the ZERO WASTE LIVING which only proves how a well-developed character she attained in Southville opened her eyes to disturbing social issues she herself wholeheartedly cares for. Southville’s 5S practice definitely inspired Patricia to practice the discipline to a greater extent. Thus, she finds a greater purpose in her chosen advocacy. Patricia Bata recently passed the Chemical Engineering Licensure Exam and is now a Data Science Trainee at UnitedHealth Group and Development under the BPI-UnitedHealth Group Data Science (BUDS) Program.