Monarchs Qualify for the Tournament of Champions at Yale University 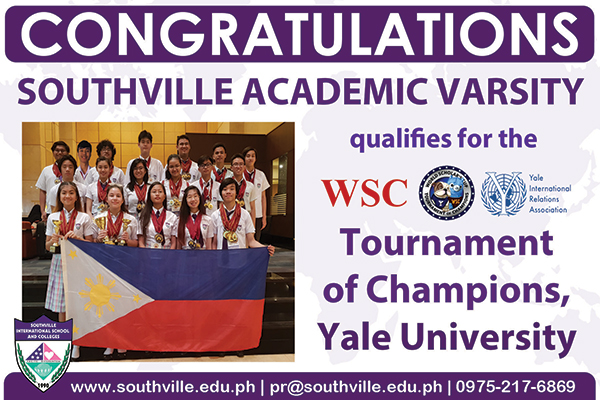 The event which is a popular academic competition amongst international school students in the world is an international competition which requires participants to compete in four challenging events: Team Debate, Collaborative and Individual Writing, Scholar’s Challenge and Quiz Bowl. They also needed to fully master the lessons in six different areas such as Science, Literature, Arts and Music, History, Human Relationships, and Social Studies which are based on this year’s theme “An Entangled World.” Participants aim to compete for both individual and team awards, as well as to meet the qualifying team threshold mark for the forthcoming Tournament of Champions to be held at Yale University.

“I am inspired by our students growth and grit mindset during their preparation for the contest. The commitment of our teachers who served as their coaches is also commendable as well as the support of our parents. This is a great way to end the school’s summer break-winning in an international competition,” shares Ms. Avic Suarez, Southville Principal.

All the six teams qualified for the Tournament of Champions, the last leg and the toughest challenge for the said competition to be held at Yale University in November.