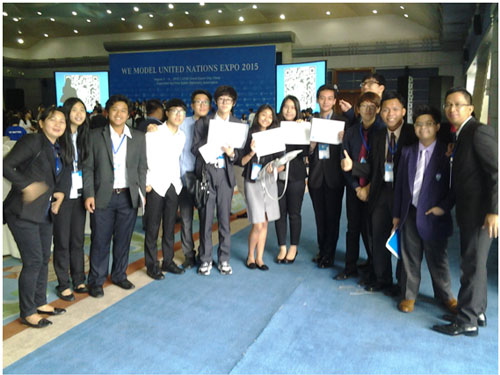 They joined more than 200 delegates from 83 schools around the world at CITIC Grand Epoch City from August 3 – 6, 2015. The meet seeks to provide an unparalleled educational experience for talented secondary school students as they learn about the United Nations, international institutions, and the democratic political process through an exciting role-playing experience.