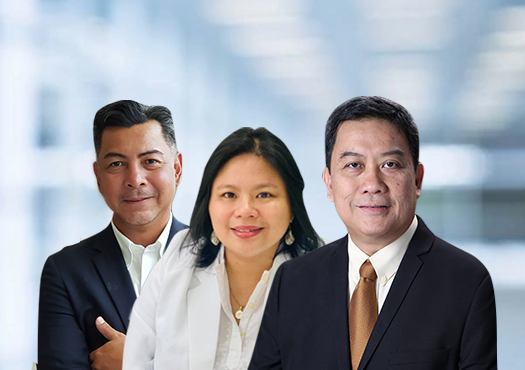 Among the highlights of this academic year’s graduation ceremonies were the PIONEER GRADUATES of “THE BIG THREE” –  Master of Business Administration (MBA), Master of Arts in Psychology (MAP), and Master in Information Technology (MIT) degrees. Southville International School and Colleges (SISC) celebrates the success of its principal masters comprising of high-profile personalities furthering their education in their respective fields. It was in academic year 2016 – 2017 when SISC officially launched these graduate programs with a roster of noteworthy instructors spearheading the classes. SISC has proven excellence in the fields of Business, Psychology, and Information Technology hence leading to the opening of its Graduate School. With the goal of becoming the top business school in the south, the increasing demand on mental health experts , and the intensive preparation for the 4th Industrial Revolution, SISC then came up with MBA, MAP, and MIT completing its first set of graduate programs. These  programs are led by three of SISC’s bests – Dr. Vic Manabat for Master of Business Administration, Dr. Ruel Cajili for Master of Arts in Psychology, and Dr. Aris Ignacio for Master in Information Technology.

Nine (9) students of the Southville Graduate School of Business received their diploma and the title of Master in Business Administration during the school’s 14th Commencement Exercises. The graduates are the pioneer batch of students that enrolled in Southville’s MBA Executive Program – a one-year-and-6-month course specifically developed for working executives and business entrepreneurs. Batch 2019 are composed of executives from the telecommunications industry, lawyers, teachers and business administrators.

“The launch of Southville’s MBA Program is an important component that will strengthen our image as the Best Business School in the South. I am privileged to be able to supervise the principal batch of professionals who joined our MBA Program. I believe that an MBA degree is not a requirement but rather a personal goal set by students themselves as part of their desire to develop themselves in their chosen field of specialization.”

Southville commits to producing registered psychologists leading to the development of its graduate program.  The institution aimed for a one-stop learning point where undergraduate students can acquire a holistic training towards licensure, hence providing them a program to master their craft. Also, the Level 3 PACUCOA accreditation attained by the institution further led to the fruition of this program. The peculiarity of this field’s growing population has even captivated non-psychology practitioners to get a two-year formal education aiding to the ever changing mental and emotional stability demands of their respective careers. The pioneer batch were attended by a counselor, an athletics director,and human resource and management practitioners as such.

“I want to create a legacy by setting the career direction for my students from undergraduate to postgraduate stage. It’s a bittersweet journey as we worked on all the resources we need to make this happen; from facilities, references, faculty, and the curriculum. For me, success speaks of how well would these graduates create an impact to people as they practice the profession as a psychologist.”

As there were no schools offering MIT in the South, particularly in MUNTIPARLAS, Dr. Aris Ignacio saw the need and the interest of the people to enroll in the program. “It was blood, sweat, and tears during the process” said Dr. Ignacio. MIT in Southville looks at the managerial perspective of the program. Strategy on implementation of resources and structures were on top of major considerations during its development. Executives from International Logistics Firm, Information Technology Infrastructure Organizations, and Government Finance Institutions comprised the pioneer Information Technology experts produced by Southville.

“There is a NEED for employees working in companies involved with logistics, analytics, and the like to master their technical knowledge as industries are utilizing technology in their overall operations. One can’t settle on the practicality of applying such a skill as the industry abruptly changes. MIT in Southville guarantees both an APPLIED and MANAGERIAL mastery of this field preparing executives for the 4th Industrial Revolution.”

“Southville International School and Colleges (SISC) proudly celebrates the success of its pioneer graduates from the Master of Business Administration (MBA), Master of Arts in Psychology (MAP), and Master in Information Technology (MIT) degrees. As the only international school in the Philippines offering a complete array of educational programs, we provide opportunities for professionals who aim to acquire mastery of their chosen craft. Behind the fruition of these graduate programs are Southville’s reputable team of master educators whose vision have successfully met the expectations of our ‘student executives’. It’s another milestone worth a toast recognizing the hard work of our instructors and graduates.”