● wilbert beltran ● June 16, 2018 ● Institutional ● No Comments
Southville President Dr. Marl Ferenal shares one of SGEN’s edge: Financial Literacy Program on National TV. Thank you to On the Money Team of @ANC HD. Financial Literacy at Southville is taught to students as young as preschool and goes all throughout to college.
Just recently, Southville held its 2nd Business Icon Chat with Mr. Edward Lee, Founder of COL Financial. Southville created the Business Icon Chat to provide its students with first-hand knowledge of what they will face in the business.

Southville International School and Colleges (SISC) has received accreditation for the maximum allowable duration of six years from the Western Association of Schools and Colleges (WASC), USA.

“We are overflowing with joy that our commitment to the delivery of excellence in education is re-affirmed by our accreditors through another six years of accreditation,” shares Ms. Marie Vic Suarez, Principal.

WASC is the regional accrediting commission for schools in California, Hawaii, the Pacific Islands and East Asia. WASC is one of the six regional accrediting associations in the United States that assure the delivery of quality education. The members of the … [Read more]

Southville International School and Colleges welcomes delegates to the Model United Nations Conference 2018 on April 7 and 8, 2018. The conference provides an opportunity for students to get to learn about international politics and diplomacy. The conference helps the students to enhance their public speaking, debate, and leadership skills. It is an event that lets the students connect and collaborate with other people while learning about relevant global issues. … [Read more]

Southville International School and Colleges (SISC) was visited by a team of six international educators last March 11 – 15, 2018 as part of the re-accreditation process for the Western Association of Schools and Colleges, (WASC) U.S.A. WASC is one of the six regional accrediting associations in the United States that assure the delivery of quality education. The members of the team are all trained in the process of assessing schools, and they spent the week exploring every aspect of school life at SISC.

A Closer Look At WASC

In 1996, a group of accreditors from WASC first stepped foot in what is now Southville International Schools and Colleges. Since then, the two institutions have had a relationship filled with growth and improvement.

WASC, or the Western Association of Schools and Colleges, is an association that is responsible for the accreditation of schools across the world with the goal to advance the quality of education and to encourage student growth. Since the year 2000, Southville has been accredited by WASC three times in 6 year intervals, signifying that the school does indeed deliver international quality education.

Throughout the years, … [Read more] 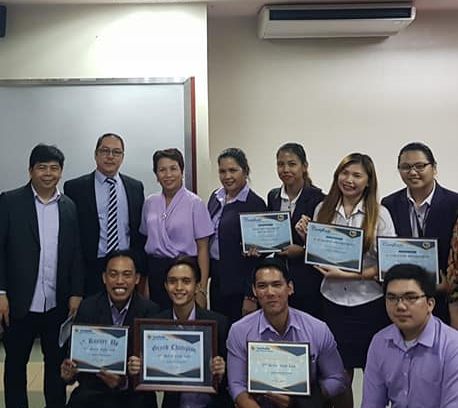 To strengthen institutional pride through innovation and research, the Southville Global Education Network (SGEN) held the Research and TQM Fest 2017 last October 27, 2017 at the Mini Theater of Southville International School and Colleges.

With the objectives of sustaining the highest productivity standards and quality services to the clientele through improving processes, products, services and culture of the organization, the Second SGEN Research and TQM Quest received numerous promising entries from SGEN Schools. All of which had helped the SGEN schools immensely in terms of efficiency, productivity, expense reduction, curriculum development and classroom management.

The musical performance of Flutist Ray O. Sison and Pianist Ingrid Sala Santamaria, as well as the crowning of 2009 Mr. and Ms. SISC, highlighted the 19th founding anniversary celebration of Southville International School and Colleges.
The week-long festivity held from Sept. 14-19, 2009 featured activities such as Are you Smarter than a Southville Student?; Seminars on Parenting, Art Appreciation, Journalism and Editorial Cartooning; Science Fair; Literary Works Display; Storytelling and a lot more. The Foundation Week also launched the Open Flea Market which aims to generate funds for the SISC Outreach Program- Save a Poor Urban Child. Capping the … [Read more]

A. Signs and Symptoms
-Similar to the symptoms of regular flu such as:
Fever
Headache
Fatigue
Muscle or joint pains
Lack of appetite
Runny nose
Sore throat
Cough
– Vomiting or nausea
– Diarrhea

B. Mode of transmission
Exposure to droplets from the cough and sneeze of the
infected person

C. Prevention
– Cover your nose and mouth when coughing and sneezing
– Always wash hands with soap and water
– Use alcohol- based hand sanitizers
– Avoid close contact with sick people
– Increase your body’s resistance
o Have at least 8 hours of sleep
o Be physically active… [Read more]