Southville International School and Colleges (SISC) has been one with the International Baccalaureate Organization (IBO) in preparing students for university and life beyond through the International Baccalaureate Diploma Programme (IBDP). For many years, SISC has been behind the global academic competence of Filipinos and foreign students residing in the country. Educators widen their teaching scope in line with the goal of this program which is to offer an intensive preparation for top learning institutions abroad. Students and educators from the IB community work together to understand the diverse landscape of the academe field through “differences” that make learning more fun … [Read more] 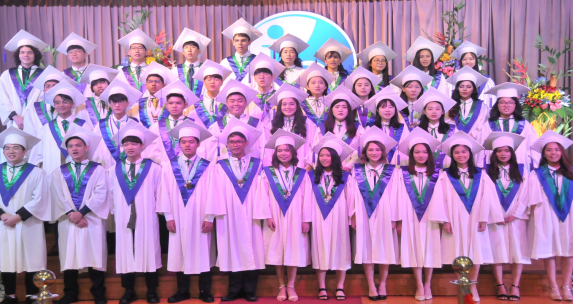 The SISC International Baccalaureate (IB) Diploma Program students for Academic Year 2018 – 2019 were warmly
welcomed by the IB officers and instructors in the orientation spearheaded by SISC IB Assistant Coordinator, Ms. Armie Ababa and the IB teachers and advisers.

The students were given a glimpse of the two-year IB program, governed by the Swiss-based International Baccalaureate Organization (IBO), that requires IB students to take classes in six subjects, become proficient in a second language, do volunteer work, and undertake original research that results in a 4,000-word essay. They must also satisfy rigorous assessment criteria in all IB subjects … [Read more]