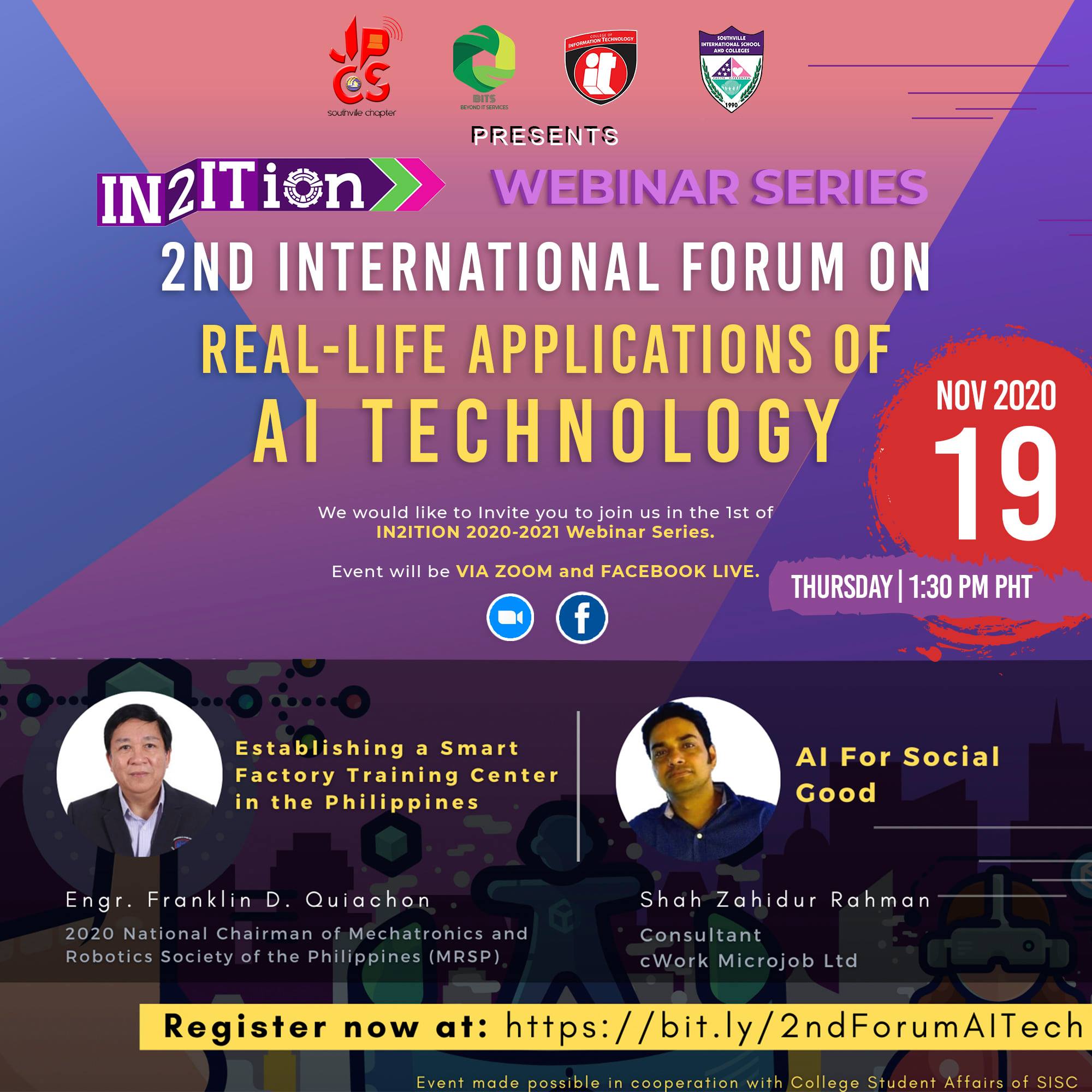 Southville International School and Colleges (November 19, 2020)-  SISC hosted a webinar as part of the College of Information Technology’s annual In2ition event that aims to educate various groups from students, professionals, and households on the growing demand of Artificial Intelligence in today’s world. It was conducted for the first time in a virtual environment with the topic “International Forum on Real-life Applications of AI Technology” with two special guests ; 2020 National Chairman of Mechatronics and Robotics Society of The Philippines (MRSP) Engr Franklin D. Quiachon  and  Consultant of cWork Microjob Ltd Shah Zahidur Rahman.