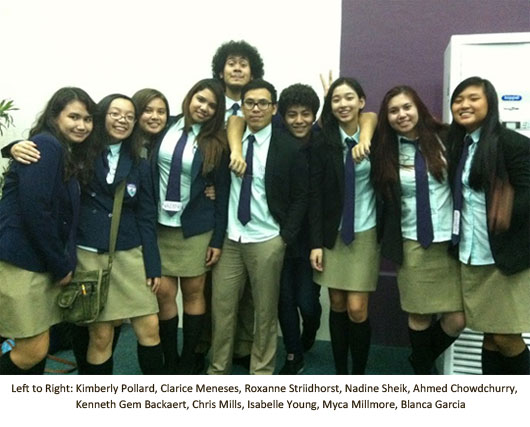 Southville International School and Colleges IB students joined the Global Issues Network Manila (GINila) Conference last September 5-6, 2014. The GIN is an international student network that strives to empower students to address global issues within their sphere of influence through community service and action. The conference focused on four global issues; poverty, education for all, biodiversity losses, and disaster mitigation.

Clarice Meneses (IB 2 student) spoke of her experience saying, “GINila was amazing. I came here expecting a simple solution factory that was completely theoretical and ended up with a completely new experience. I loved how GIN not only … [Read more]

Graduating high school students of Southville International School and Colleges (SISC) ranked in the top percentile of the thousands of students across the country who took the competitive college entrance tests of the most prestigious universities in the country to qualify for the course of their choice.  SISC graduates, year after year, pass admission to the University of the Philippines, the Loyola Schools of the Ateneo de Manila, De La Salle University, the Royal Pontifical University of Sto. Tomas, and other respected universities.

The exhibit features 25 reproductions of National Artist for Painting Carlos “Botong” Francisco’s paintings from institutional and private collections. Accompanying these images is a film produced by Ayala Foundation, Inc. (AFI) and directed by acclaimed filmmaker Peque Gallaga on Botong’s vision and artistry.

SSLC Tops the 2016 Radtech Board Exam 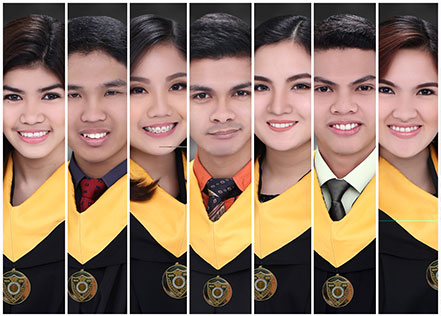 1. If you are using phone or computer, you can go to www.airelive.com or simply download the App on the app store, then register either connecting it thru your Facebook or Google Account.
2. Search for his account model_aguinaldo and vote.

Get SMART this summer

Children need not be on their own for much of the summer, with little or no direction to channel their time and energies. A variety of fun and informative programs are available at the SMART (Sports, Mental, Artistic) Program, SISC’s summer offerings for children, teens, and adults who would like to spend their break in fun and productive ways.

The SMART academic offerings include Booster and Enhancement Programs in Reading, Math, Science, French, Chinese, Basic and Advanced Computer, and English as Second Language and Filipino for foreign students. An Exploration Camp for Preschool where children learn through Music, Arts, … [Read more]

The Asian Federation of Student Leaders held a conference entitled Inspire, Empower, Engage: “Equipping the Filipino Youth Leaders Towards a Competitive ASEAN Integration” last February 29, 2016 from 8:00 am to 4:00 pm at Southville International School and Colleges.

Ms. Aika Robredo, eldest daughter of the late Department of Interior and Local Government (DILG) Secretary, Jesse Robredo and Vice Presidential candidate Leni Robredo, graced the event with an insightful and eye-opening keynote address. A notable point in Aika’s speech was the importance of having a clear vision of one’s self. She said, “Having a clear vision of who you are … [Read more]

25 Years of Celebrating Institutional Pride through Research and TQM Projects 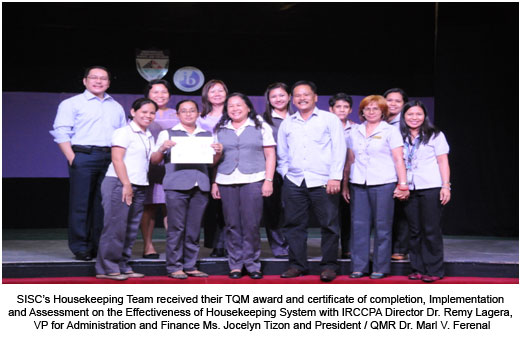 To strengthen institutional pride through innovation and research, the Southville Global Education Network (SGEN) recognized the research, special project and Total Quality Management (TQM) awardees during the Year-Long Educational Series attended by all SGEN member schools. They were chosen by the Productivity and Quality Steering Committee, together with Top Management representatives, as essential innovations for Academic Year 2014-2015.

Congratulations to all the awardees!

The Philippine Association of Colleges and Universities Commission on Accreditation (PACUCOA) visited Southville International School and Colleges for the accreditation of BS Psychology and other 4 programs. Part of the accreditation is the plenary with the students in which accreditors asked questions to the representatives of each degree. Most of the questions thrown by the accreditors were about the relevance of their respective courses in developing competent professionals in the future. Dr. Evangeline Cabe, accreditor for the degree of BS Psychology, asked the Psychology students what they can perform using the knowledge taught to them in various subjects. Psychology … [Read more]

“I still remember that day when I first talked to Gen Mark back in Elizalde Campus when he was still five years old. I knew then that this student has a lot of potential in him and now that he is almost graduating from the IB Programme, I am very proud of what he has achieved and I know he will conquer greater heights,” said Ms. Mari Vic Suarez, Southville Basic Education Principal.