Southville International School and Colleges is inviting everyone to avail the various discounts offered for School Year 2017-2018:

• Early Enrollment Discount
‣ Get 2 percent off on Tuition fee if you enroll before April 28, 2017

• Preschool Discount
‣ Get 5 percent off on Tuition fee for students enrolling in Nursery, Pre-Kinder, Junior Kinder, and Senior Kinder

Last February 04, 2017, SEED Academy held its Senior High School Open House for Grade 11 students and their parents this coming academic year 2017-2018. More than 70 students and their parents filled the 3rd floor of the Tropical Building as SEED Academy ensured to them that studying in SEED Academy would be their best choice. The message was conveyed in the welcome remarks given by SEED Academy’s President and Principal Mr. Robert Norberte, and the testimonies of Abigail Fortunado and Princess Joy Amen, two achieving SEED working students from Gr. 11-Macintosh. They explained to their prospective schoolmates how SEED … [Read more]

The Filipino Culture Then and Now in ABMMA Exhibit

“The only thing that is constant is change.” – Heraclitus

With the exhibit “Shift”, and spearheaded by Professor Mike Manansala, the AB Multimedia Arts (MMA) students sought to compare and show the shift of the culture of the Philippines from past to present in relation to the changes in food, architecture, films, ways of courting, technological … [Read more]

The initial course offerings of SSLC are the following allied health courses which have high yielding income and employability both locally and abroad:

● wilbert beltran ● October 8, 2018 ● ● No Comments
February is a month SISC High School III & IV students look forward to with the holding of the traditional Junior-Senior Promenade. This year, the JS prom will be held at the Mandarin Oriental in Makati City on February 18, 2011 from 5:30 p.m. to 11:30 p.m.

Besides the fun and camaraderie, the event signals the “coming of age” of the participants as they step into “young adulthood” with its responsibilities. It is also an occasion for the juniors to salute the achievements of the seniors, while the senior students bequeath the mantle of leadership to the juniors.

Christopher Mills, an International Baccalaureate student of Southville International School and Colleges, recently wrote a research on the Philippine economy that sparked media interest and discussion all over Asia.

Chris’ research was for a Math Internal Assessment for his year 2 in the International Baccalaureate Diploma Program. He believes that his objective research on Philippine economy growth patterns will help him be accepted in Trent University, the second best school in Canada, where he plans to take up Finance.

Currently, Mr. Richard Mills, the father of Chris, has been receiving request for Chris’ paper from across Asia. He believes that … [Read more] 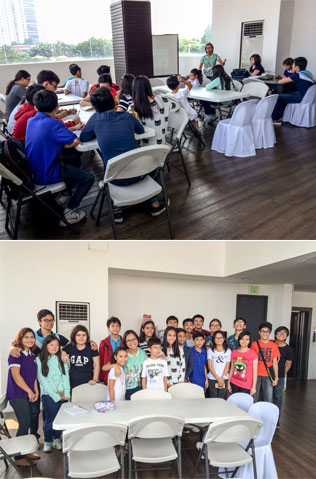 Showing great interest in the lecture, the participants took down notes, listened attentively, and participated actively in the discussion. Ms. Coleman and The … [Read more] 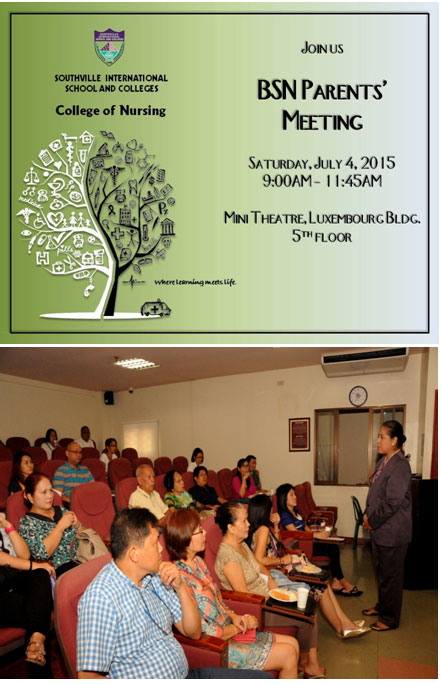 In general, college is seen as a transition period from adolescence to adulthood, a place where students explore a new environment and separate from their dependent roles and begin to identify as individuals. Traditionally, parents’ or guardians’ involvement at this level is perceived in a negative light. However, in Southville’s College of Nursing, parents’ and guardians’ involvement is seen as a welcome partnership. We believe that parents play a key role in student success. Studies have provided evidence that suggests that students who experience significant parental involvement have better chances of being academically successful and socially successful in their higher … [Read more]

The SISC girls volleyball team on the other hand finished 2nd runner-up. By virtue of their victories, the SISC Monarchs are now ranked number 1 in the … [Read more]